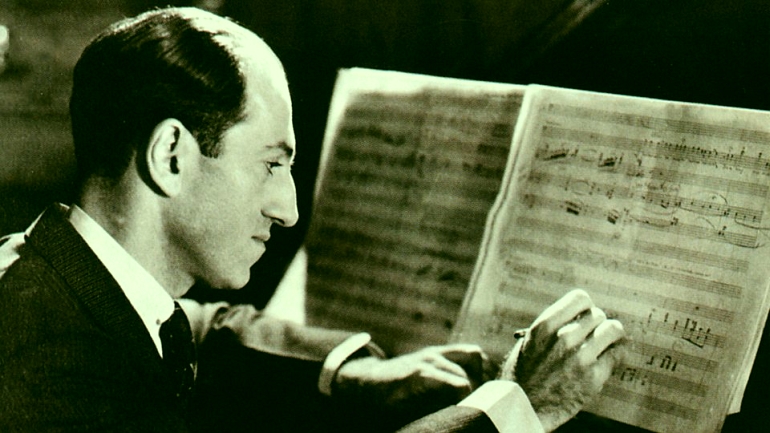 George Gershwin. It’s interesting to note that the Library of Congress named its Prize for Popular Song after George and Ira Gershwin. It’s also interesting that he’s being featured here on Popularsong.org. Fact is George Gershwin is not best remembered for his work in the American Popular Song genre, but rather for his classical recordings — such as “Rhapsody in Blue” — and for his work in musical theatre, such as Porgy and Bess. While this fact is undeniable, it is testament to his profound influence on pop music that his name remains synonymous with a genre he played a relatively small role in during his lifetime.

To understand Gershwin’s influence, first look at those he claimed as influences. These include Claude Debussy, Alban Berg, Dmitri Shostakovich, Igor Stravinsky, Darius Milhaud, and Arnold Schoenberg — all classical composers. But perhaps the most significant was Maurice Ravel — and in fact the “influence” was a two-way street. Ravel was captivated by the way Gershwin blended jazz stylings into his rhythms and melodies, and would point to Gershwin as one of the biggest influences on his career.

Next, look at those who either claimed to be or were undeniably influenced by George Gershwin. Fact is that most of the “best” pop composers from the late 20th century echo the unique jazz/classical/pop Gershwin-esque sound. Composers like Burt Bacharach, Brian Wilson, Carole King and Paul Simon either claim or should claim Gershwin as an influence.

His first published song netted George a paltry $5 in 1916. Within two years, at the tender age of 20, “Swanee” established him as a hit-making Tin Pan Alley composer. The lyrics for most of his songs were written by his brother Ira. The pair collaborated on a series of revues and musical comedies including George White’s Scandals (1920), Lady Be Good in 1924, Funny Face in 1927, and the award-winning political satire Of Thee I Sing in 1931. From these came George’s most popular songs: “The Man I Love,” “I Got Rhythm,” “Embraceable You,” “Let’s Call the Whole Thing Off,” and “Someone to Watch Over Me.”

In the early 1920s, bandleader Paul Whiteman encouraged Gershwin to write what is arguably the most important orchestral work of his career, Rhapsody in Blue. The work changed classical music in the 20th century; composers were now “free” to use jazz-derived melodic and rhythmic patterns. Gershwin’s other concert works include Piano Concerto in F,An American in Paris, and his Second Rhapsody.

It was at the height of the Great Depression in 1934 that George Gershwin would create the most “significant” work of his career, the opera Porgy and Bess. Just as Irving Berlin embraced black jazz sounds to kick off the genre of American Popular Song, Gershwin rewrote the rules for opera by instilling black folk song. To do this, George spent time in a Gullah community in the low country near Charleston, South Carolina, to surround himself with black folksong and culture. The result was a sound that was so different, so compelling, and so unusual that it wouldn’t be accepted as “true opera” for another 40 years.

The legacy of George Gershwin is that he is an icon of American Pop simply on the strength of his Tin Pan Alley hits. Add in his classical work, and then the monumental opera of Porgy and Bess, and we’re left with a composer who, in less than 40 years of life, shown so brilliantly that to this day he stands alone as the one who stretched the boundaries of pop music more than any before or since. 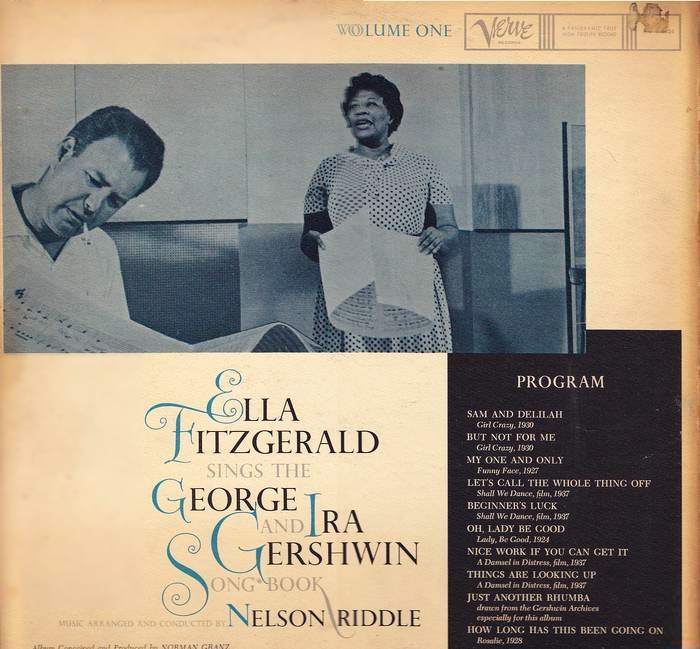 George Gershwin’s premature death in 1937 came at a time when American Popular Song was enjoying its greatest growth. The Big Bands had arrived, crooners were next, and Broadway was geared to deliver some of its best. There was no shortage of great composers. Yes, Gershwin was revered, but not much more so than any other from the era. It all changed in 1959 when Ella Fitzgerald and Nelson Riddle recorded a massive, 5-LP set of George & Ira’s greatest songs. It’s simply terrific, and it focused the Gershwin’s legacy.