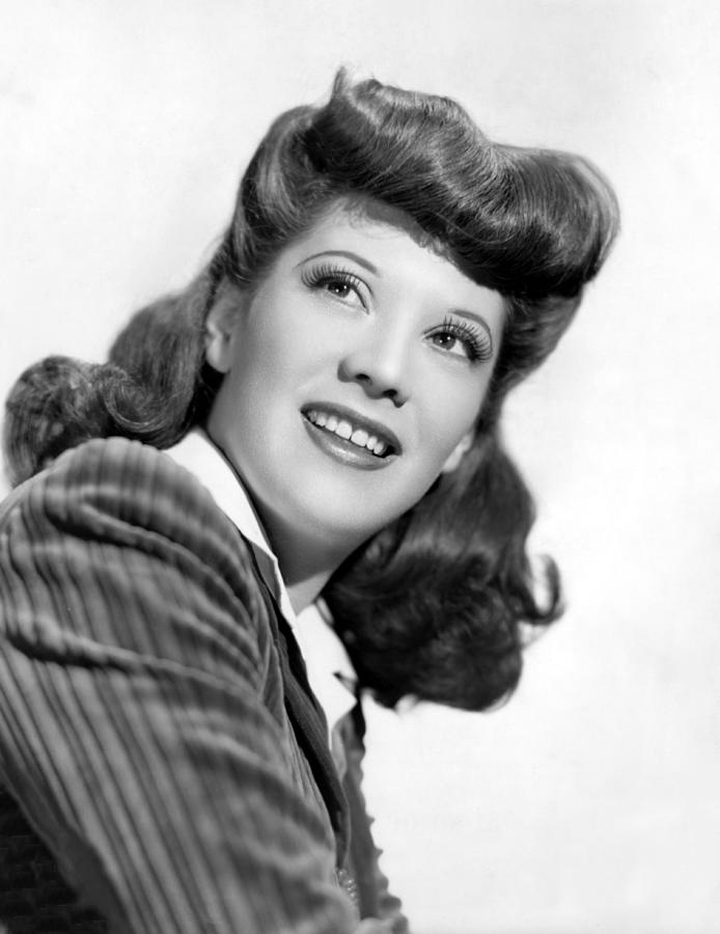 Above, publicity photo of Dinah taken in 1943

All of these descriptions are accurate, and combine to provide a nice summary of her long career. But it only tells a small part of the story. And rather than just recite her hits (she had 80) and accomplishments, we’ll explore how she became Dinah, and how she changed the landscape for female pop vocalists.

Frances Rose Shore was born to Russian Jewish immigrants in 1916 and was stricken with polio early in life. At a time when this disease usually resulted in a lifetime of partial paralysis, Shore proved to be quite the fighter. It left her with a partially deformed foot and minor limp, but she didn’t let that impede her activities or her ultimate career. In 1932, Shore’s mother was felled by heart attack, while Frances was still a teenager. Although devastated by her mother’s death, Shore worked hard and went on to attend Vanderbilt University.

Throughout her early years, Frances’ talent as a vocalist was clear to anyone who heard her. She sang in a store her father owned, and during college would appear on WSM, home of the Grand Ol’ Opry. Legend has it that she took a job as a nightclub “torch singer” at the tender age of 14, but was forced to quit when her parents showed up in the opening night audience. It has been said that Frances was permitted to complete the show, and that she performed quite capably.

After graduating Vanderbilt in 1938, Shore sought work in New York City. She auditioned for a number of orchestras, but was turned down by all. Although naturally pretty, Shore didn’t posess the overwhelming glamour of the popular female vocalists of the day. In fact she was regarded by some as “plain” and even homely — hard to imagine for anyone who remembers the quiet beauty and warm smile that would become synonymous with Miss Shore.

She was in fact so forgettable that when a NY radio station actually did decide to use her talents, the host called her “the Dinah girl,” because she frequently sang Dinah during her auditions. The name stuck, and a star was ready to be born.

From 1939-1940 — now Dinah — continued to audition, but did find work on radio, as well as a couple of brief appearances with major orchestras. Her talent was rapidly becoming apparent, and Shore was signed to a contract with RCA in 1940. She also took a job as a regular on Eddie Cantor’s radio program. Cantor was arguably the hottest comedian in the country at the time, and the exposure served as a springboard for a history-making career.

The fact that Dinah had no contract from any particular orchestra, and had built her name via Cantor’s show, enabled her to do something no major white female vocalist had done before: Become a solo star. Prior to and during Shore’s rise to fame, female vocalists spent most of a performance as window-dressing for major orchestras. In many numbers the female might take the first verse, a song would go to an instrumental section, and the male vocalist would handle the last verse. Nothing wrong with this arrangement, except in Dinah’s case she didn’t really have a job to do this. But her voice…that voice. Effortless, and apparently never missing a note. Only recently has she begun to receive proper credit for what might be the “purest” voice in the history of female pop vocalists.

Much like Perry Como, Dinah was blessed with natural pitch and vocal cords to match. While most artists needed to really belt out loud to hit a high note, Shore — like Como — could sing it softly and effortlessly. Or at least she made it seem effortless. It’s not a coincidence that both artists were arguably the first of their gender to break the mold of “orchestra singers” and establish stardom on the strength of their solo acts.

The concept of female vocalists as support for established orchestras continued as Dinah was establishing a massive string of hits. Top singers like Doris Day and Kitty Kallen both started in the traditional mold, but eventually went on to bigger fame as solo performers. In country music the trend continued into the 1970s, even pop crossover stars like Dolly Parton and Barbara Mandrell put in their time as “girl singers” for well-known Nashville male stars.

See the USA this silly “Chevrolet” jingle will be forever linked with Dinah. Knowing how her fans loved it, Dinah sang it with her characteristic grace for years after her “Chevy Show” was done.

Dinah’s stage presence and demur southern charm was a natural for movies and television; those mediums enabled her to continue selling records and having hits long after she had passed her peak on the charts. That peak came in 1948 with the massive hit “Buttons and Bows,” arguably the song of the year as it remained at #1 for an incredible ten weeks. A year later Dinah was still at the top of her game in a duet with Buddy Clark called “Baby It’s Cold Outside,” one of the all-time standards of American popular song. By now in her early 30s, Dinah had blossomed into a more glamorous look, but it was her tremendous personality, natural smile and sense of humor that made her America’s sweetheart. During the 1950s the hits didn’t chart as high, but they kept coming. Songs like “Love and Marriage” were unmistakably Dinah’s during the Eisenhower years.

By the 1960s Dinah was probably the most familiar face in American homes after the president. She continued to crank out records, which were mostly a collection of standards, easy blues, and re-workings of her early hits. As time went on Dinah recorded various “theme” albums, such as country music, show tunes, jazz, etc. None of these resulted in hit singles of any note, but virtually all of her albums sold well.

As time went on she hosted daytime television shows, which mixed in a bit of song, a bit of cooking, and some low-key chit-chat with visiting celebrities. It would be easy to say that Dinah shouldn’t be remembered this way, but that isn’t true. Feel free to remember any part of Dinah’s career you choose — she brought such grace and dignity to everything she did, and she did it so well, it hardly matters if people aren’t aware that Dinah Shore is one of the best female vocalists of all time.